There are several steps that you can take to prevent your HVAC system from breaking down. Read on to find out what these steps are.

If your air conditioner develops a seemingly small fault which doesn't have any major impact on its performance, you might feel tempted to simply ignore the problem instead of getting it fixed.

However, taking this approach could significantly increase the likelihood of your system breaking down in the future, as minor faults which are ignored for a long time will often evolve into much more serious defects.

For example, if a tiny hole has developed in the refrigerant fluid hose, the levels of this fluid inside the system will gradually begin to drop (the refrigerant is a critical part of an air conditioner, as it absorbs the heat from the air that is pulled into the system and then subsequently transfers this heat to the external unit, where it is then expelled).

At first, this may only have a minor impact on the system's performance (it might, for instance, mean that you have to keep the system switched on for a little bit longer than you normally do in order to cool down your home).

However, if this leak goes unrepaired for a long period of time, eventually, all of the refrigerant fluid will be lost. If you then keep the system switched on when there is no refrigerant inside of it, there will be nowhere for the heat that the system absorbs from your home to go and it will, therefore, simply build up inside the air conditioning unit.

This could result in the entire system overheating to such an extent that many of its most critical components end up melted or distorted, in which case the system would have to undergo major repair work or be replaced.

Conversely, if you were to contact a HVAC contractor who performs air conditioning repairs the moment you notice a decline in your system's performance, they could fix the leak before it results in the failure of the entire system.

If you want to avoid the expense and the stress of dealing with a broken down HVAC system, it's important to make maintenance a priority, as performing routine maintenance on your system will drastically reduce the chances of it malfunctioning in the future.

For example, you should make sure that any grass or hedges that are directly in front of your system's external unit are trimmed on a regular basis so that this greenery does not block the unit's vents. This will ensure that the heat can be released by the system and does not, therefore, end up accumulating inside it and causing damage.

This particular maintenance activity will take just a few minutes and could save you a lot of time and money in the long run, by keeping your HVAC system in good working order. 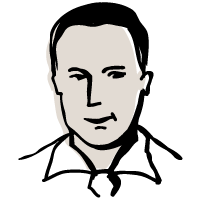 Hello there! My name is Eric. Welcome to my new HVAC repair blog. For many years, I struggled to get my HVAC system working properly. Being a stubborn kind of guy, I never bothered to seek out any information about how to repair my system. Instead, I spent many hours tinkering with the controls and different components. In the end, my wife convinced me to contact an HVAC professional. The guy was really nice and talked me through the different problems and gave me some top tips on how I could repair my HVAC system. I decided to start this blog to pass on what I have learnt.

Work From Home? Why Now's The Time To Install Air Conditioning
25 July 2022
If you work from home but you don't have an air conditioning system, now's the time to invest in one. Winter might be here right now, but summer tempe …